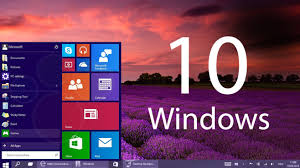 Say goodbye to Windows Media Center and control over your updates

Microsoft announced today that it will be launching Windows 10 on July 29th, encouraging Windows 7 and 8.1 users to reserve their free upgrade with a notification in their task bar. However, while the company has been busy highlighting all the shiny new features in the upcoming OS, it’s been a bit quieter when it comes to spelling out the limitations — including making updates automatic for Windows 10 Home users.

Firstly there are the software losses. Most of these will only affect a small number of users, but upgrading will mean saying goodbye to Windows Media Center, the card game Hearts, and Windows 7’s desktop gadgets. Anyone in the habit of using floppy disks on Windows will also have to install new drivers, and Microsoft warns that watching DVDs will also require “separate playback software.” Microsoft manager Gabriel Aul has said on Twitter that a DVD option for Windows 10 is coming “later this year,” but early upgraders can always download VLC instead.

In addition to the software losses, there are also a number of limitations for some of Windows 10’s most exciting features. Cortana will only be available in the US, UK, China, France, Italy, Germany, and Spain at launch, while Windows Hello (which offers support for various biometric passwords) will need an infrared camera for facial recognition, or a supported fingerprint reader. The Xbox Music and Xbox Video streaming apps will also be constrained by the usual, complex web of region-based licenses.

More annoyingly, perhaps, Microsoft has also changed how updates will work with Windows 10. Although the Pro and Enterprise editions will both be able to defer updates, Windows 10 Home users will not have the option. Updates will instead be downloaded and installed automatically as soon as they’re available. System requirements for the new OS have also been detailed, with PCs and tablets needing to pass a fairly low bar: a 1GHz processor, 1GB of RAM, 16GB of storage, and a display resolution of at least 1,024 x 600 are required. These specs are a bit higher for the 64-bit version of Windows 10 but for these details and more, you can check out Microsoft’s full specs page.